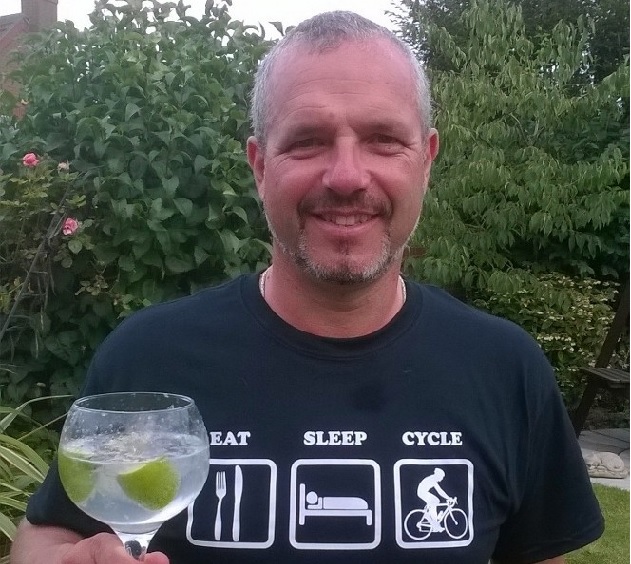 I am privileged, in my daily work, to meet the cross section society in my office.  I am privileged to discuss my client’s life journey so far and to establish their plans for the future in starting and developing their business, thus turning their dreams and inspirations into reality.  Often their drive and idea is about developing a new life experience; about taking control of their destiny; about making their own decisions; and about creating a piece of history, and potentially a legacy, for others to witness and experience.

I enjoy explaining to folk that marketing your business is quite straight forward – communicate and build relationships.  Based on this strategy, I have, for the last six years organised an internal ‘Come Dine with Me’ for my work colleagues, which has seen almost forty workmates involved in hosting a dinner party.  It has put a few under a little bit of pressure in selecting a menu, preparing a table, and producing plates of food and entertainment for their guests.  However, all have benefited from networking, building relationships between staff, and, importantly, having had enormous fun and laughter along the way.

So ….. to being filmed for the Channel4 show ….. like running a business, the foundations are vital.  I completed an application form that would hopefully entertain the programme researcher and stand out from the crowd (over 500 respondents applied).  Two lengthy telephone interviews, with no prior notice, took place giving me the opportunity to gain rapport, initially with the researcher, and later the series producer.  Then, having initiated those hurdles, I was on the short list to be filmed in my home, producing a ‘showreel’ to enable the production team to come to their final choice for the five contestants.  Thankfully I displayed enough desire and passion to be selected.  No different to any of the businesses I support in making sure they stand out from the crowd.

The filming was an absolute blast!  We all have to endure an element of routine in life, some more than others.  The sensation for me I can only compare to how I would imagine it would feel being lifted by aliens onto a spaceship and being transported onto a new planet – called TV Land – and then being dropped back to planet earth again at the end of the gruelling week.  It has been an experience that I shall never forget – one that generates interest and discussion with whoever I meet and, most importantly, an experience that has once again extended my comfort zone.

As part of my Continued Professional Development, it has helped me to develop my confidence in new situations, understand the craft behind film and TV, improved my presentational skills in front of and away from a camera, and has generated contacts in two new fields.  I hope this venture will also benefit Nwes through publicity and exposure, and that it will also inspire my clients to think outside the box.  Hopefully it will also demonstrate to my children the opportunities there are in life to enable everyone to make their mark on the world.

A dear friend and mentor said to me many years ago “its far better to participate, rather than watch from the outside” …… he was so right!

The shows will be televised next week, starting Monday 19th January,  and every evening thereafter through to Friday 23rd January – 5pm on Channel 4.