Bringing the Armed Forces and Businesses Together 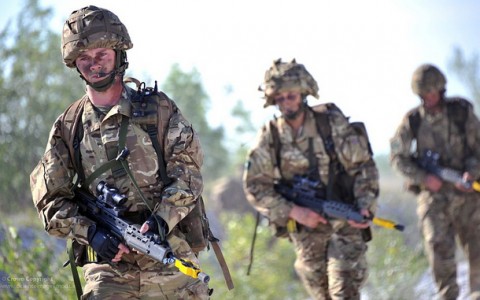 Jane Rodger, HR and Communications Manager at Nwes, gives an insightful report on the integration of businesses and the armed forces, following a Q&A session with General Sir Nicholas Carter KCB CBE DSO ADC Gen, the Chief of the General Staff, and architect of Army 2020

I recently received an invitation to meet with General Sir Nicholas Carter KCB CBE DSO ADC Gen, the Chief of the General Staff, and architect of Army 2020, which is responsible for the British Army’s biggest transformation programme for over a generation.

The purpose of the meeting and subsequent Q & A session was to explore the “whole force” concept of Regulars, Reservists and Civilians, looking at ways to develop beneficial relationships between the Army, Employers and the wider Civil Community.

The CGS (as he was referred to) explained how they intend to win the hearts and minds of those who are suspicious of the army. To reach out to people from ethnic backgrounds and for this to happen, the British Army must find better ways of communicating their purpose and values. It’s clear that they must also become more in tune with the younger generation by using methods such as social media more effectively.

This was a fascinating insight into the British Army and how they see the transformation taking place over the next five years. Interesting to note that the army will be reducing its numbers to 112,000 soldiers, of whom 82,000 will be regulars and 30,000 will be reservists. This reduction is not only part of the Government’s commitment to deficit reduction but in an effort to produce a more efficient and relevant army in this ever changing world.

General Sir Nicholas Carter is keen to forge links with businesses in the region to support the recruitment of reservists and to look at ways to attract more young people to join the Cadets association. The CGS recognises that this requires a substantial commitment from employers who have to demonstrate considerable flexibility when recruiting Reservists, who would be required to dedicate at least 19 days to their Reservist training each year.

From my perspective, it has opened my eyes to the Army of the future.

I would like to think that employing Reservists not only forms part of our civic responsibility but fits in very well with our ethos at Nwes. This is a way of ‘giving something back’ to Queen and Country and encouraging employees to undertake the ultimate personal challenge. The individuals who sign up to the Reservists are not only prepared to give up their time but in some cases they sacrifice their lives. 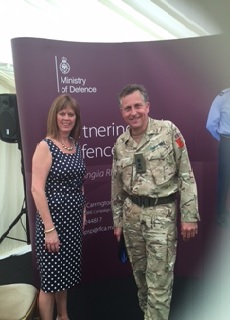